Xbox Project Scorpio will cost 549 euro, according to a Greek dealer

A Greek dealer, Public.gr, has entered to its page the price of Xbox Scorpio on the online list, reporting a price of 549 Euros. Could this be the final cost of the new console of Microsoft, or is it just a placeholder? 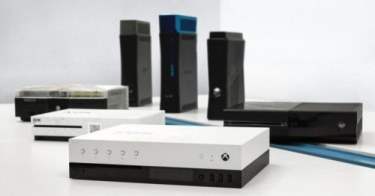 A few weeks ago Microsoft has unveiled the official features of Project Scorpio, the new Xbox console with monstrous specs that will be released by the end of 2017. Among the main questions is the price that the new console of the Redmond company will have.

According to a new rumor, a Greek dealer may have unveiled the Project Scorpio’s real price: the Greek retailer has “unveiled” Project Scorpio’s price which will cost 549 euro. This would be an extremely high cost for a platform with undisputed technical specifications.

It is not the first time that an online retailer places a target price for Project Scorpio: a few days ago, in fact, it was the turn of a Spanish retailer that reported a cost of 399 euro. Indeed, it was the Spanish dealer Xtralife who has revealed in advance the cost of the new console Microsoft: the store has entered Scorpio in its price list at the price of 399.99€.

Microsoft has repeatedly stressed that Xbox Scorpio will have a premium price, but did not disclose other details about.

Since the final price of the new Microsoft console has not yet been officially revealed, what we can do is just wait for the upcoming E3 2017 in Los Angeles, where the Redmond will provide clarity on the price, on the design and on the console’s launch date for sure.

After announcing the postponement of the free DLC 'Not A Hero', at the end of the video shown below, Jun...