Microsoft has announced six new titles to the line-up of Xbox Game Pass, available to all subscribers of the service from July 1, 2017. Below you can check the complete list of new games that are coming, including Resident Evil 6 and Dead Island Definitive Edition. 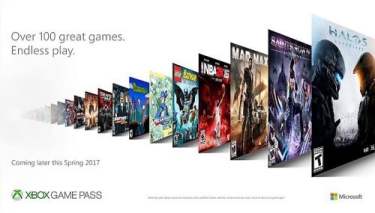 The six new games for subscribers of Xbox Game Pass are Monaco What’s Yours is Mine, Bard’s Gold, Guacamelee! Super Turbo Championship Edition, The Flame in the Flood, F1 2015, Resident Evil 6 and Dead Island Definitive Edition.

Launched in June, the Xbox Game Pass is a subscription that will allow you to access a wide range of playable titles. A bit like Netflix, so you can subscribe, play as many games as you want and enjoy all this, as long as you subscribe obviously.

If the service offers more than 100 playable titles, it must be admitted that many of them were backward compatible games or porting of games already existing. Microsoft had announced ahead of the E3 2017, that games will be added every first of the month.

In addition, it was announced that subscribers of the service will enjoy 25% discount on all DLC of Payday 2 until July 16.

All players can experience the Xbox Game Pass for 14 days at no cost. Subsequently, if they want to continue to enjoy the service, the monthly fee in the market is $9.99.

As some of you will remember, Sony does not allow Rocket League to have cross-play support with other consoles such...