Repeated by 2K Games, it is now more than 3 years following the fall of THQ, the publisher has renamed the license by naming WWE 2K. The franchise is entering its third edition under the 2K era with WWE 2k16, trying to improve the license and especially to propose an enormous content. So, will this new series gets to do better than its predecessors? Let us check that in our complete review of WWE 2K16.

The franchise is now under the wing of 2K Games now for three short years, counting this 2016 edition of WWE 2K. But on the other hand, we must admit that it is only since WWE 2K15 that the license has decided to land on PC via Steam. This will allow us to see whether or not you can cast your eyes closed on the game, but on the PC version of the game! 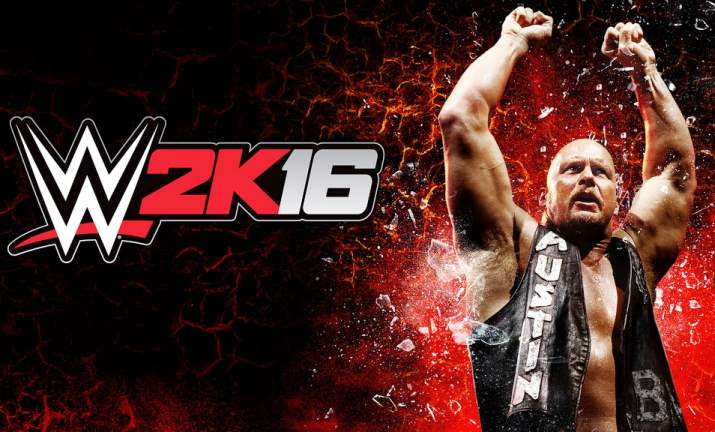 First of all lets get to the heart of the subject, approaching all the appearance of creation that WWE 2k16 has, although friendly, and it allows you to create a gaggle of interesting things, starting with your superstar itself. To do this, you can either go to the career mode and begin creating your character, or simply make one via the creations mode. And it is clear that the possibilities they allow you certainly choose to modify various aspects of your superstar (body, face, outfit, characters info, etc …), but everything is still a bit limited as was in WWE 2K15. Nevertheless, it is still enjoyable to customize our own wrestler almost in our image, especially if you have the ability to incorporate your own face by uploading a photo of yourself. 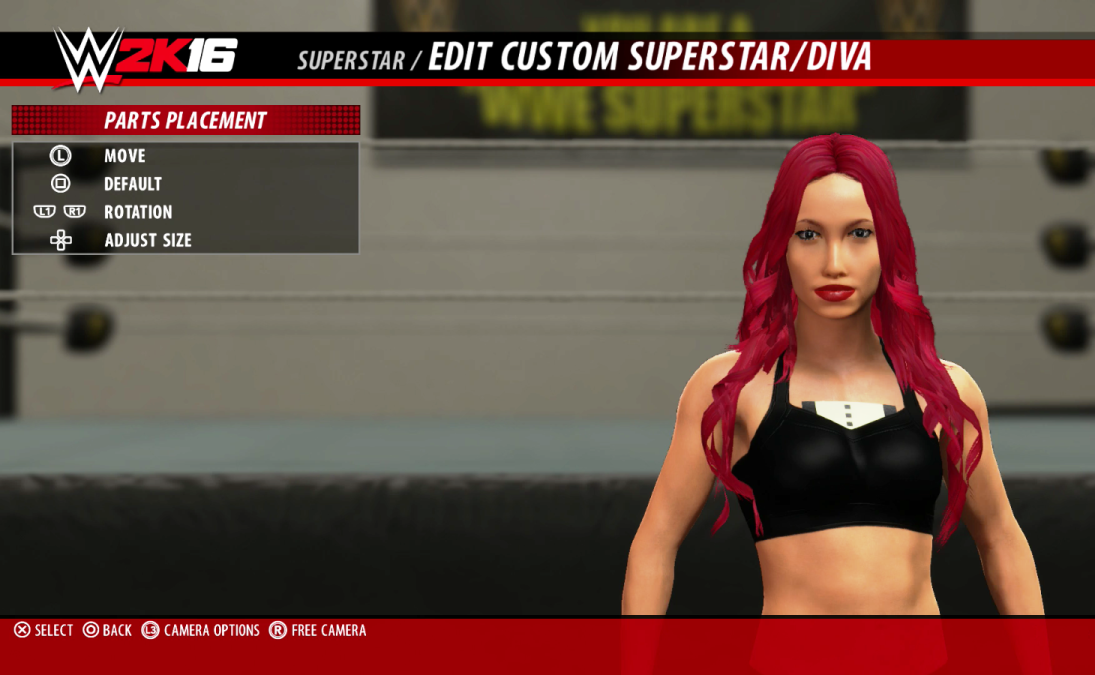 WWE 2k16, not only gives options of creating superstar, but also the creation of shows, championship, entrances, arenas and also calls lists for your superstar. The customization options for future tracks or arenas are clearly complete, and you obviously can spend hours also creating the entry of your character and your own show. Best of all, you can then share it with the community. From that side, and aside from the appearance, customizing your superstar is still a tad limited, other creations cited a little above doing the job asked for them, and hats off to developers for improving that point compared to WWE 2K15.

Beyond the tremendous creative aspect, it logically comes to the career mode of the title, where one feels that the developers have clearly put the package to that side. Specifically, and you guessed a bit, the WWE 2k16 career mode requires you initially to create your superstar, and then enter the career mode, where your objective will logically rise through the ranks of WWE NXT, and then go to WWE and win titles to try to finally become a Hall of Fame.

After this little quick explanation, how to clearly pass the career mode? Well, first and major thing to know, you win skills Point and virtual game currency which respectively help you to improve and buy skills for your character, while virtual currency is actually used to purchase new locations to allow your protagonist created to bring with it more new techniques, or just buy various renowned managers so that they can accompany you during your games. Note also that these managers can at times distract referees if you are in trouble facing your opponents. 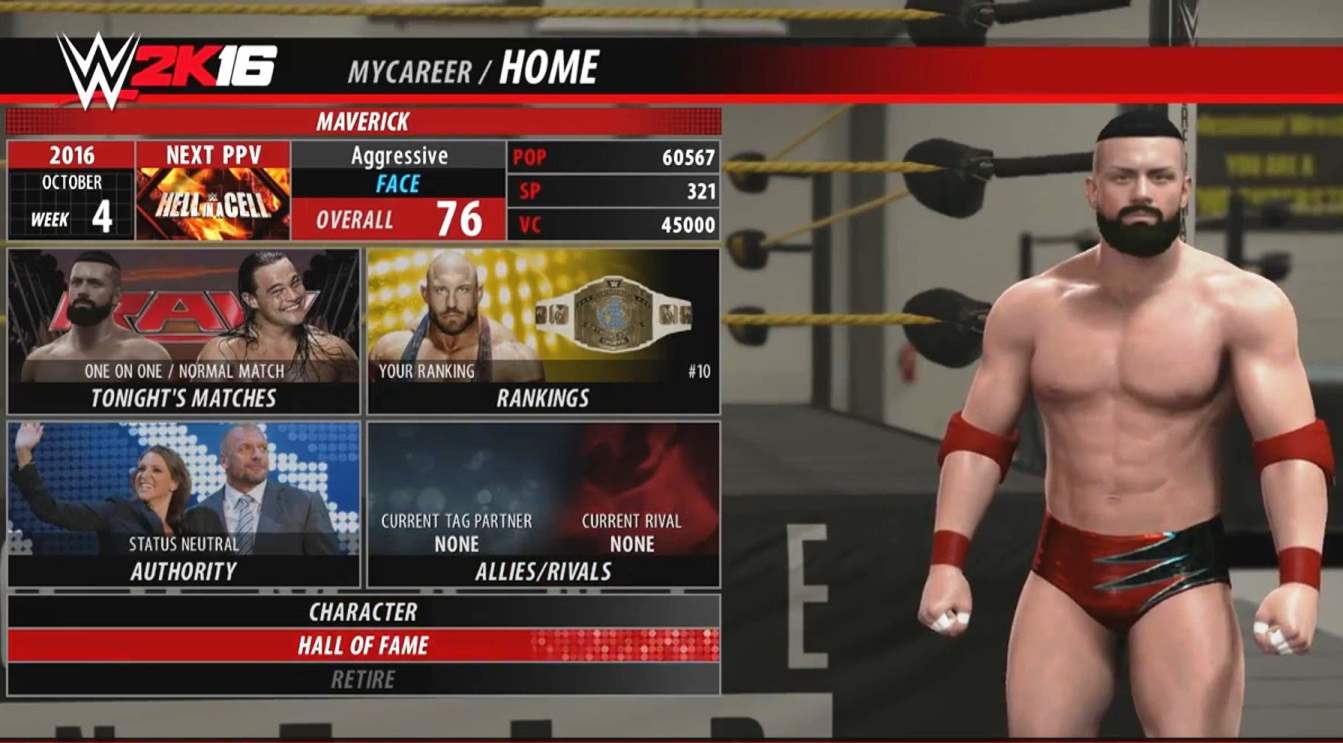 What remains very nice in itself, it is building the career mode, which is rather damn good, and paying tribute to WWE RAW, Smackdown and NXT course. In your long career, you will be taken often enough to make matches against small opponents initially, to try to become No. 1 contender for the championship covet of NXT, WWE, and so on. Moreover, thing are very well thought out, according to your games you have won or not, rivals will literally attack you before you start your game and allies who can give you a boost before or during the match. Moreover, as a WWE Superstar, you will be obliged by the time at the end of each game to answer an interview via a choice of dialogue, depending on your choice.

Regarding gameplay, WWE 2k16 resumes logically the basics of WWE 2K15 gameplay, although with some new features. With rather new compelling animations and enhanced gameplay at the interaction of the environment and scenery, you’ll totally have a sense of power to send your wrestler enemies on a pole, a fence, or even over the top rope!

Moreover, one of the big news of WWE 2k16 is the new system of QTE when you realize of fallen down, or of submissions, elementary taken or even sequences of outlets. Most of these QTE rhythm pretty much the overall game, and these are realized in the form of mini-games. But other than that, the QTE can be used to take control very easily in a few parts, and you will surely be more than satisfied with you even while fallen, and see your opponent’s turn to the referee too often expressing dissatisfaction.

Last positive note, the parry system reviewed and well seen for once. Indeed, in this new installment of WWE 2k16, you no longer will parry at all costs, because you will be limited to just three or five boxes based parry depending on the chosen wrestlers, that you must use wisely without the risk of not being able to show off and make you roll miserably. Blessedly, the parry will then fill in and out of the bars, and you obviously need to have good timing to be able to parry your opponent perfectly. Major and minor cons are also there in WWE 2k16, which will knock your opponents sometimes if you manage them. Also know that depending on the type of game you have the opportunity to take various objects to do more harm to the opposing wrestlers, like bats, folding chairs, etc! 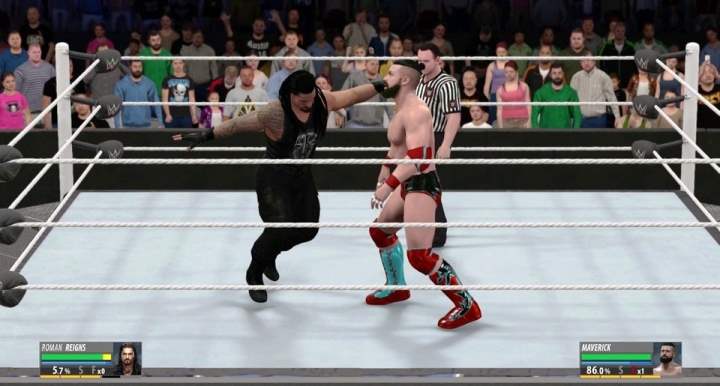 Besides the gameplay, the developers at Yuke’s, gratify us a surcharge Showcase mode, and the WWE Universe.

To start smoothly with the showcase mode, it simply relives the legendary matches and moments in WWE. The idea is more than commendable, but the huge problem of the story mode is that there is only one, which only gives you the opportunity to relive some epic matches of the living legend of wrestling years, Stone Cold Steve Austin. It’s a shame, we would have seen such other legends relying forward such as Shawn Michaels, or even DX. Well, the bottom line is that in this mode you can unlock legendary characters, by following, entrances and keep fighting.

Regarding the WWE universe, the idea is to allow the player to change what they want. The calendar of shows, the rivalries, the list of games through the contenders for the various championship titles, EVERYTHING is fully customizable. Basically, you can create your own WWE universe, and even change it if you like the blows of your superstars. Also, you can spend hours and hours by creating your own universe of WWE and the guys from Yuke’s found a very good idea in this that is more commendable.

There are so many game modes in WWE 2k16 that we could count such as the Extreme Rules, Iron Man Match, Hell in a Cell, Triple Threat Match, Last Man Standing. There honestly is some fun in wrestling with friends, especially that the title is still playable up to 4 players locally, and that the game offers not less than 120 unique playable characters!

Before ending, we will talk about the WWE 2k16 graphics if they are worth it or not? Specifically since last year, WWE 2k16 technique seems to have budged more than that, despite new compelling animations, and a public that remains fluid and not necessarily ugly. Most wrestlers and 3D models are, it must be said, rather beautiful, even if it is regrettable that some wrestlers and Divas are sometimes limited to facial recognition level. Fortunately, others are well trimmed, but you will at times face some crash bugs, which does not taint the various matches you make. In short, there is no big revolution in graphics that remain good for a game to catch, although hair modeling is more than limited.

In this third year under 2K Games, does WWE 2K16 finally come with honors? Definitely yes! The PC players, despite minor crash worries, will be pleased to see that all the DLC released to date are included directly in the title. Efforts have been made ​​to the career mode and also the whole customization aspect of WWE 2K16, and it would not be surprising to see thousands of players sharing their creations online. The bad thing that could be bitterly regretted, the desert of online mode especially and graphics that can be expected to evolve a little bit next year – which is never known. In any case, not spoiling our fun, here we have the richest wrestling game to date in terms of content.

Following the leak today, during the event of Uncovered Final Fantasy XV a new demo for the game was announced,...