(Update) The Elder Scrolls “Starfield” confirmed by a photo taken in Los Angeles? 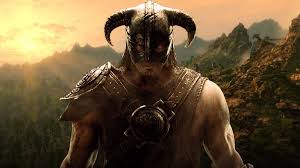 Update: It is confirmed that this is fake, the image belongs to Shattered Horizon.

Original: Over the weekend, on 4Chan the first rumor of Starfield have been spread across, alleged new IP of Bethesda to the space environment. Today the same source published a photo showing a seemingly beautiful billboard display at the Convention Center in Los Angeles, where in a few days it will officially depart at E3 2017. 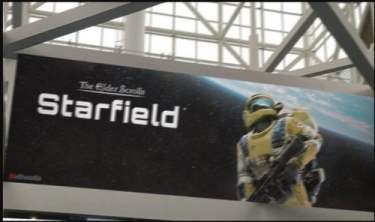 The picture shows the logo of the game, a character in armor (probably the main character) and it also confirms the spatial setting in fact. Noteworthy is how the full title is called as The Elder Scrolls Starfield, a name that would confirm theories that would would tied to the “extended universe” of The Elder Scrolls, which should also include the Fallout series.

We are in the days before E3 and all kinds of false information with rumors and reports circulates without any control, especially printed sheets with supposed schedules of announcements of the companies exhibiting. While you can not trust the first thing that 4Chan says about the much-beloved Bethesda, this is a special occasion because of the strong possibility it stands for.

According to an anonymous user of the forum with the publication in question, during its conference on Sunday June 11, Bethesda would present not only the virtual reality version of Fallout 4, confirmed as Fallout 4 VR, but also a new intellectual property that would take the players to the space, by the same characteristic style of the company with action/RPG and an open world with first person perspective.

Presumably called Starfield, the game would be the centerpiece of the Bethesda Softworks conference, one whose conceptual phase would begin after the release of Fallout 3 in 2008, going into pre-production once The Elder Scrolls V: Skyrim was released in November 2011. Starfield would follow the line of these last two sagas, but in a space universe of science fiction, not medieval atmosphere nor post-apocalypse.

Apparently, Starfield would serve as a connection point for the Bethesda properties mentioned, unifying the timeline in such a way that Fallout would be located at the beginning, Starfield in the middle, and The Elder Scrolls in the distant future.

Focus Home Interactive and Dontnod Entertainment have released a new brutal trailer of Vampyr in view of E3 2017 in...