SuperData: Microtransactions on PC Is Already A Business of $22 Billion 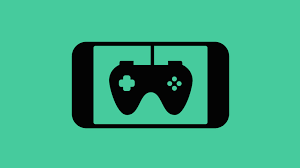 Revenues from microtransactions in free games in the PC sector have doubled since 2012, according to an analysis offered by SuperData, which shows that there are more users who bet on this type of content and spend more money on them.

“Although gamers are quick to complain that publishers are excessively monetizing additional content for games, players continue to support service-based monetization with their wallets,” the report said.

Thus, microtransactions revenues clearly outperform those generated by the traditional model of buying a game. “Battlefront II is the poster child of a new and uncomfortable growing pain for the games industry,” which is nothing but how microtransactions continue to generate more revenue than the sale of games with a “trend that shows no signs of slowing.”

However, the report warns companies that when these mechanics are forced players are reacting negatively, and gave the example of Ubisoft with Assassin’s Creed Unity. “Players of Assassin’s Creed Unity pushed back against what they saw as Ubisoft’s high-priced microtransaction shortcuts: they ultimately earned only 7% of the game’s additional content revenue,” was the statement given in the report.

“It remains to be seen what effect EA’s course correction on microtransactions will have on Battlefront II, but it’s fair to say the vocal fan community isn’t enthused. Despite this, it’s clear that gamers are continuing to spend on well-executed additional content, and the market presents a massive opportunity for publishers,” they concluded.

SNES Classic Edition Is Available Again In The US and UK