Today, SEGA has released the hub of Genesis and Mega Drive on Steam. Thus, the company will allow their fans to enjoy their classic games in the platform of Valve. However, that’s not all. SEGA will also let the users to share modified versions of such titles. 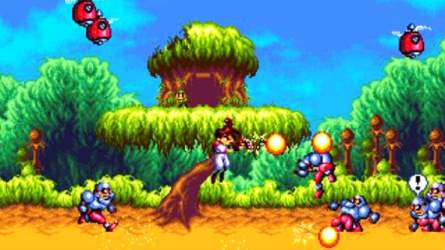 In a publication, the community manager of SEGA, Daniel Sheridan, commented that the Steam Workshop players will have a new perspective on the Mega Drive and Genesis thanks to the talented community of modders.

For now, Sonic the Hedgehog, Streets of Rage and Ecco the Dolphin are some of the series that already have hacks available for players. Some of these versions solved bugs and add other translations by fans. There are even mods that replace the sound files to give a comic touch to the games.

To celebrate the launch of the hub, SEGA will offer its collection of Genesis and Mega Drive with 66% discount. At the time of this writing, each of the 5 packs costs $30.59 MXN. This means that 50 games library can be purchased for $152.95 MXN.

Eidos Montreal and Square Enix have unveiled a new trailer for Deus Ex: Mankind Divided, laying the foundation of the...