AnyArts Productions today released a brief teaser of Seasons of Heaven, an exclusive title for Nintendo Switch leaked last weekend. The full trailer is expected to release on this December 19. 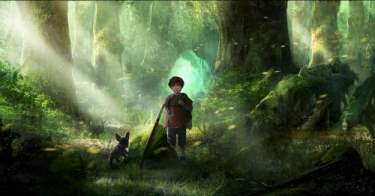 Seasons of Heaven is based on the homonymous French novel and tells the story of Yann, a guy who will find in his dog Ani a loyal ally to face the difficulties of life.

The game is the first project of AnyArts studio and is made with the Unreal Engine 4. Season of Heaven was announced at the time exclusively for Nintendo Switch, due out in the course of 2018.

So, here you can take a little look at how this adventure will look graphically and its detailed and fantastical landscapes as well as the young Yann and his dog Ani, the protagonists of Seasons of Heaven.

Recall that Seasons of Heaven is being developed by AnyArts Production and you can switch control between the boy, who suffers from Asperger syndrome, and the little French bulldog. For now, we do not know much more about this exclusive title of Nintendo Switch that is based on the novel written by Nico Augusto, but, as shown in the teaser of Seasons of Heaven, on December 19 at 21:00 hours Pacific time a full trailer of the game will be revealed to know much more about the title.

During an interview, Larry "Major Nelson" Hryb, director of programming for Xbox LIVE, spoke about the important progress that has...