During the last episode of the SpotTheOzzie podcast, Slightly Mad Studios CEO spoke about his relationship with Electronic Arts, recounting his experience at the time of the development of Need for Speed Shift and NFS Shift 2. 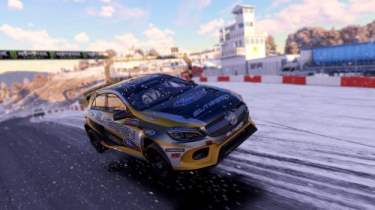 Ian Bell certainly did not restrain himself in his utterances: “We made a game called Need for Speed: Shift, we made a game called Shift 2 and EA came to me and said “we’ll give you 1.5 million if you agree not to talk to any other publisher, to agree any other games or work on any other arrangement with any other publisher, and we’ll give you 1.5 million and we’ll sign Shift 3.” So I said okay, that sounds like a good deal. I took the 1.5 million, I paid the guys lots of bonuses, and two weeks before we were due to start Shift 3 it was canceled with no warning. They said “we are not doing that anymore.

Ian Bell also referred to EA as “as*ho*es and corporate monsters” further stating that “the worst person is Patrick Söderlund” and also concluding with “We have no love for EA and this company”.

You can watch the entire interview in the video below.

Xbox One X will arrive in November, and if you have plans to purchase it, you surely want its power...