PlayStation 4 Neo could be officially presented on September 7, according to a rumor

The new model of PlayStation 4, provisionally known as the PlayStation 4 Neo, will be unveiled before the Tokyo Game Show, according to a French media Gameblog, that says by its own sources that the announcement will be held on September 7 in New York. 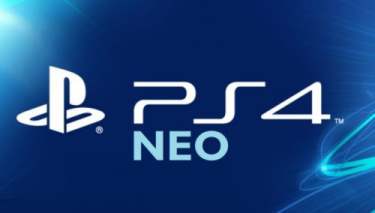 Sony will reveal the PlayStation 4 Neo during a special event that will be held in New York on Wednesday, September 7, according to a rumor advanced by the French site Gameblog.

Sony bets on an own event similar to the PlayStation Meeting 2013 that was also held in New York, where PlayStation 4 was presented. Gameblog did not disclose any further details about the games which could be shown running on this version of the console, and does not talk about rumors of the power that have seeped into alleged documents of Sony.

Sony has officially confirmed this revision, after multiple rumors, but it has not been presented at the E3 nor will do so in the Gamescom, where Sony will not hold any conference.

The games released this fall should already be compatible with Neo, that is, take advantage of new features, although the departure of the console is still uncertain. It will improve when it detects screen resolution of 4K, and the frame rate is equal or greater than the original model. It could also improve other aspects of visual quality.

PlayStation 4 Neo was confirmed by the CEO of Sony Interactive Entertainment, Andrew House, in an interview published a few days before E3 2016.

Phil Spencer, the head of Xbox, has confirmed that there are developers already working on Project Scorpio, both in terms...