Notice to all the nostalgic fans of the very first Rayman game released in 1995. Ubisoft offers you to rediscover the game on mobile now. 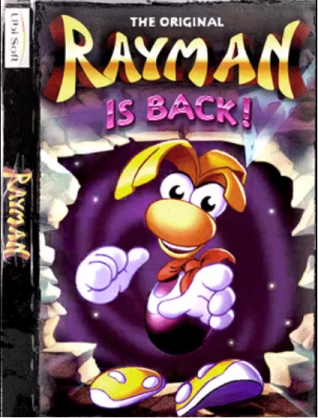 With the mode of Retrogaming, video game publishers are quick to dust off their old hits. Thus we rediscover the old Sonic for fans of the Hedgehog from Sega, the memorable Street of Rage for fans of beat them all, the legendary Doom and Wolfenstein 3D at the side of FPS, the first ever Tomb Raider at the side of adventure titles or Day of Tentacle if you’re more of a fan of points & click.

This week, it is clear that Ubisoft is getting us an old video game. After the titles of Rayman Fiesta Run, Rayman Jungle Run and Rayman Adventures, the French company offers a homecoming with the title Rayman Classic that will plunge in the first installment of its platform game, released in 1995. In its publication on Twitter, Ubisoft announced the arrival of the game on the same day on the App Store (iPhone and iPad). Even if it is still not appointed, we imagine that the Play Store (Android) version will also be served later on. No details is given yet on the prices and the novelties.

2K today announced that WWE 2K16, the latest addition to the flagship video game franchise, will continue its #RaiseSomeHell campaign...