Neither the additional development time to make a project like No Man’s Sky debuting without technical problems and performance was enough. For this reason, Hello Games, the studio behind the project, worked hard to develop a patch to improve the experience of the players, and now PC game owners can already download it. 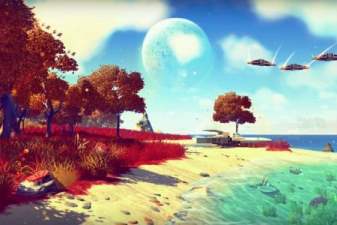 The update is available on Steam and GOG.com that adds support for new hardware (Intel and AMD) as well as improve the frame rate per second on low-end computers. At the moment, Hello Games has not released the patch notes.

It is important to note that this patch is also on its way to PlayStation 4. According to Sean Murray, director of No Man’s Sky, the update is already in the hands of Sony, so you only need to pass the verification process so you can download it. The creative director did not confirm the changes that was made in this patch, but it is easy to imagine that the update seeks to improve the performance of No Man’s Sky in the current generation console.

Murray said this week, “approximately 70%” of the problems that users have come across in No Man’s Sky will be fixed with this patch. He also reaffirmed that for the moment his commitment is to deliver a great gaming experience and once they finish fixing the problems then they will begin work on “improving and adding features” in the title.

READ  The Simpsons: Hit & Run Producer Would Like To Make A Remake of the Game

No Man’s Sky is available on the above platforms and we found a technically impressive title, although it was not a good experience for everyone.