Metro Exodus Will Be March 2018 Cover Story of Game Informer

After the announcement made during the E3 2017 and the Game Awards trailer, the information about Metro Exodus has been small, but it seems that soon we will know more. The game will, in fact, be the protagonist of the cover story of the next issue of Game Informer.

After God of War, Game Informer announces the new protagonist of the cover of the magazine for the month of March that will be Metro Exodus, another of the outputs programmed for this 2018.

The editors visited the 4A Games studios and discussed the new chapter in the series with creative director Andriy Prokhorov, executive producer Jon Bloch and other members of the software house, learning a great deal of information that we will find in the long run article (about 14 pages) that will be present in the March issue of Game Informer, along with other insights on Ni No Kuni II: Revenant Kingdom and on the new expansion of Middle-earth: Shadow of War.

Game Informer will focus in particular on the passage of Metro Exodus from a linear structure to that of the sandbox and will give space to one of the main features of the new adventure, namely the personalization of weapons.

Please note that Metro Exodus is scheduled for release in the fall of 2018 for PS4, PS4 Pro, Xbox One, Xbox One X, and PC.

Below you can see the cover of the magazine dedicated to Metro Exodus which, at the moment, is available digitally: 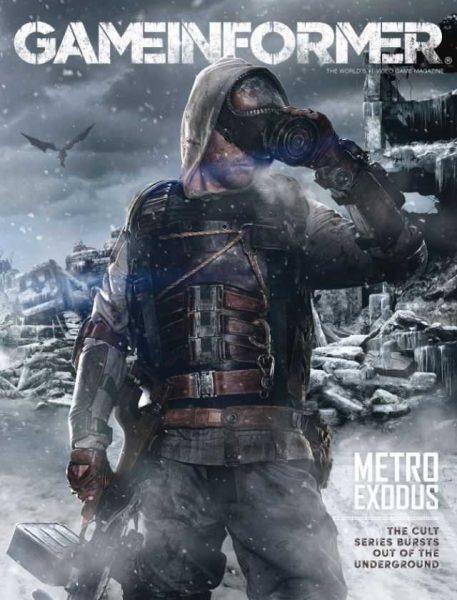