Through its Twitter account, Capcom has shared a new video of Marvel vs. Capcom: Infinite. In it, the company gives us a look at a video in which Rocket Racoon runs with the help of Groot. 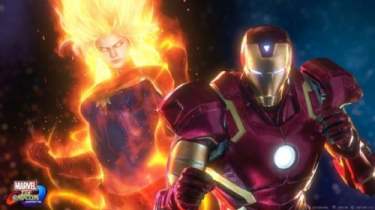 Since the most recent advance in the history of Marvel v. Capcom: Infinite, it was confirmed that Rocket Racoon would appear in the game; however, this is the first time we see him fight in this new installment.

So, the 17-second footage shows Rocket Racoon using a Super movement against Ultron. The most interesting thing is that, as already mentioned, the raccoon is not alone, as his friend Groot helps him to hit the villain so that he only shoots him with a powerful shot.

It is important to make it clear that this video does not confirm that Groot will be a selectable character; in fact, it is very likely that it only appears as companion of Rocket Racoon in this video.

In other news, this week new images of the expensive edition of Marvel Vs. Capcom: Infinite was released? On the other hand, Capcom learned the lesson with Street Fighter V, so this title will not follow the same model.

Marvel Vs. Capcom: Infinite will hit PlayStation 4, Xbox One and PC during this September 2017.

“Save some room for me!” – Rocket Raccoon who’s confirmed for #MVCI, obviously. #GotGVol2 #ShamelessPlug #MovieTieIn pic.twitter.com/bxklyq642G

Overkill’s The Walking Dead postponed to second half of 2018

Fire Emblem Echoes: Shadow of Valentia, the remake of the second chapter of the saga originally released on the NES...