Update: Injustice 2 Beta is now official, interested players who want to test this title on PS4 and Xbox One can sign up now at this link.

Original Story: Ed Boon, director of Mortal Kombat X and Injustice: God Among Us has been characterized by making announcements in mysterious ways and with Injustice 2 it was not going to be any different. For this reason, a recent publication of the creative has led many to speculate that Injustice 2 could have a Beta before launch. 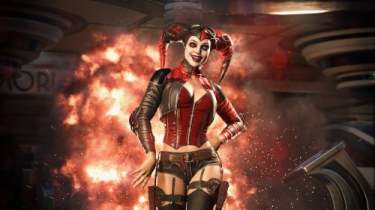 Through his Twitter account, Boon posted an image where the Greek alphabet appears, but it is missing the letter beta. “Do not know why, but I can not help feeling like there is something missing today ….,” the creative said in the mysterious message.

It is clear that the above does not confirm anything and is a mere conjecture. However, given the manner in which Boon usually makes announcements and that Mortal Kombat XL had an open Beta on Steam, we can not rule out that we will soon see a trial period of Injustice 2.

Earlier this week, Warner Bros. Interactive released a preview of the history of Injustice 2 where we revealed who the main villain will be in this fighting title. On the other hand, the dealer revealed what different special editions will be included in Injustice 2.

Injustice 2 will be available from May 16 on PlayStation 4 and Xbox One.

Don’t know why, but I can’t help feeling like there is something missing today…. pic.twitter.com/J25PE23lhj

Bear With Me Episode 2 coming to PC on February 15

Bear With Me, a noire-themed point-and-click adventure from Exordium Games, will continue the story of 10-year-old Amber and her teddy...