Casinos Go Digital: How the Gaming Landscape Is Changing 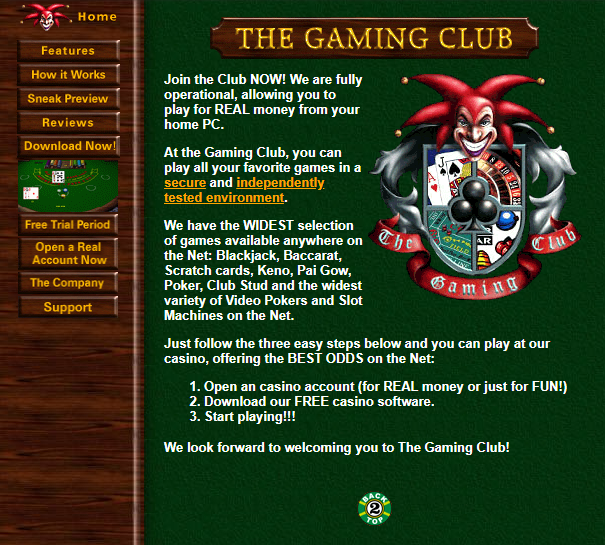 Casinos have existed for hundreds of years, and organized gambling has reached all corners of the globe by the end of last century. However, the gambling landscape was pretty much stagnant until the mid-1990s when the first online casinos started to hit the scene.

In this article, we are going to reflect on how the casino industry looked like at the beginning of its digital era and what made it change so rapidly in the last few decades. Read on!

The evolution of online casinos went hand-in-hand with the evolution of the internet. As the World Wide Web entered our homes, we saw many industries starting to take advantage of this new and exciting digital world. It was only a matter of time before real-money casino games would be played on a computer screen miles away from any land-based establishment, and we didn’t have to wait that long for it to happen.

As soon as online transactions were deemed safe, casinos could start offering their services to a worldwide audience. The first online casinos appeared in 1994, allowing players to test their luck from the comfort of their homes.


The gaming club claims to be the first ever online casino.

However, things weren’t so snappy as they are today. Websites were slow, mostly because internet connections at the time were far from stable. The options weren’t that versatile either, as you could only select a few popular games with basic graphics and janky commands.

Despite all these imperfections, gamblers were still hooked. They would tolerate any issue as long as they could play a few rounds of roulette from their computer chair. It was convenient, cheap, anonymous, and could potentially win you a lot of money. But there was no doubt that things could get much better — and they soon did.

As the internet became faster and casino sites started to look and function better, the number of players switching to online gambling platforms started to increase. You no longer needed to download any software in order to play, as the HTML5 technology allowed for games to be available directly on the website and accessed with a single click of a mouse.

Also, creating and running a casino site was becoming cheaper. The market slowly started to fill up with hundreds of independent operators, each of which had its own vibe and a vast library of games that could sometimes be counted in quadruple digits.

Online casinos made sure that they were staying one step ahead of their land-based competitors by offering bonuses and promotions to first-time players. This was an additional “hook” that many players couldn’t resist, as they were not only getting a virtual casino experience, but they were also being rewarded with something extra for joining the site.

The development of smartphones also had a large positive impact on the industry. You were no longer limited to playing your favorite casino games from home since mobile casinos allow you to gamble on the go. Some mobile stats show that there are over two billion mobile gamblers in the world right now, and those numbers are still increasing.

Online casino sites could easily be accessed through mobile browsers, but operators went a step further and started developing apps you could download for free and play in a much more optimized setting.

Why Are Online Casinos So Popular?

While land-based casinos offer an atmosphere and entertainment value that is unmatched, many players are switching to online platforms due to two reasons — playing online is much cheaper and more convenient. In fact, there is so much choice that comparing the best casino sites is a challenging prospect. However, it is still easier than going to a land-based one.

Going to a land-based establishment in Canada for instance, requires you to organize a trip and pay for a hotel room if you want to stay there for a couple of nights, which might even be necessary if you are from a state where gambling is illegal and you have to travel hundreds of miles to get to the first available casino room. For many people, this is too much, especially considering things like gas, food, and other expenses.

Many people who play online are casual players who want to play a few rounds of blackjack while they’re taking a break from work or individuals who are not able to go to a land-based joint at any given time.

It’s logical to assume that online casinos would be taking business away from land-based ones. However, the truth is that traditional brick-and-mortar casinos in Canada haven’t felt any backlash since online gambling platforms became readily available. As a matter of fact, land-based gambling is thriving as well.

The reason for this is that many new-generation players start getting interested in casino games by playing them online first. Once they become fans of these games, they want to experience them physically and see what the difference is.

Also, online and land-based casinos work well together, like in the case of dual-play games where you can play via live streams on your computer or mobile device while the game is taking place at a physical casino room.

The gaming landscape is definitely changing, but it looks like it’s changing for the better. While live casinos and digital ones do have their differences and attract different types of players, they are directly and indirectly collaborating with each other and are both benefiting from the digitalization of gambling.

6 Tips to Secure your Workplace

Road Warrior Animal of WWE Hall of Famer Dies at 60

6 Tips to Secure your Workplace

Criminals are not only focused on houses, but also on offices. After all, offices accommodate many valuables such as electronics...