Halo 6 could be one of the launch games for Xbox Scorpio?

The website TweakTown has embarked into a series of speculations about Halo 6, that could exit at the launch of Xbox Scorpio, but Microsoft has not yet announced a new episode of the saga. At the moment 343 Industries is working on Halo Wars 2, due out in February, while there were no reports of other titles in the franchise. 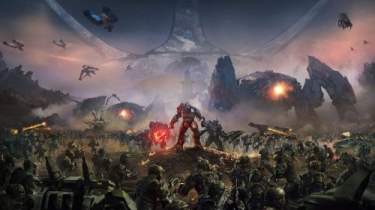 Recently, Matt McCloskey has left 343 Industries to go to work as president of the Twitch commercial branch. McCloskey has ” lead the teams that are growing Halo from a $3B franchise into a $10B franchise,” as reported in his LinkedIn Resume. A key member for the company, and his abandonment could be linked to Halo 6?

Hard to say, but TweakTown suggests two possible scenarios, the first they see is the development of the game still in the early stages while the latter wants the nearly concluded project. Only in one of these two cases, a person in charge of the franchise could resign without compromising the work of the studio and burn millionaires investments. It is, however, as stated, a simple hypothesis not supported by concrete facts, in all likelihood Halo will not accompany the launch of Scorpio on the market. It is possible that at the E3 2017, Microsoft will announce a new game in the series but the launch later this year appears very unlikely.