Bulletstorm debuted in 2011 for consoles and PC, but this year it will have a relaunch for the current generation under the name of Bulletstorm: Full Clip Edition. However, there are still doubts about the future of the series, and Gearbox has talked about it. 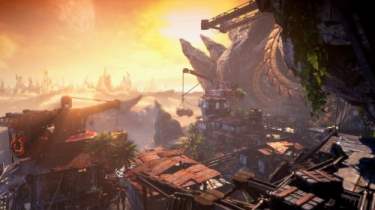 Originally released in 2011 on PC, PlayStation 4 and Xbox 360, Bulletstorm is preparing to go on stage with remastered edition that Gearbox Publishing has unveiled at the PlayStation Experience 2016.

During an interview at PAX 2017, Gearbox Public Relations Manager, Vincent Slaven, spoke with DualShockers and mentioned that the studio behind the franchise, People Can Fly, wants to make more titles in the series, and launching Full Clip Edition is an example of this interest.

Slaven explained that relaunching Bulletstorm will work to know if people are still interested in the series and if you look favorably on the game system that characterizes the title. If Full Clip Edition gets good results, then People Can Fly would have the opportunity to develop Bulletstorm 2.

So, everything will depend on the public, as Slaven made it clear that both Gearbox and People Can Fly are eager to see how the Bulletstorm franchise will advance.

For now, you should know that Bulletstorm: Full Clip Edition will debut on Xbox One, PlayStation 4 and PC on April 7 this year.

What do you expect from a hypothetical title of Bulletstorm 2? Let us know in the comment section below.

Although Dead Rising 4 debuted in December of 2016 as an exclusive temporary for Xbox One and Windows 10, now...