Explained: Why Resident Evil 7 Biohazard is not a reboot

With what Capcom has indicated about Resident Evil 7: Biohazard is clear that the franchise is taking a different direction from the one we know. While many were surprised when they did not find out that it was not a reboot, Capcom reveals that it has a good reason not doing so. 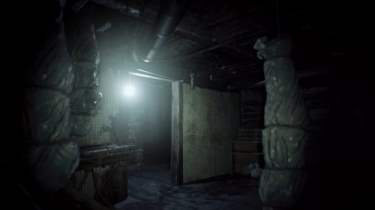 In a recent interview with Game Informer, Masachika Kawata, producer of Resident Evil, explained that this new release is “a story and narrative” that goes well with what we have seen from the franchise. So, with Resident Evil 7: Biohazard, Capcom sought to return to the roots of the genre and at the same time offer something new.

“If you look at just the gameplay that’s been shown so far, you may think of it as a reboot at first, but the story and narrative have shaped up to fit the series as a numbered title. It is still a Resident Evil title, which draws on the series’ roots of horror, exploration, puzzles, and combat while offering something new (…) We wanted to create a game that really pushes survival horror to the forefront and focus on what makes a game scary, while still being a fun and entertaining experience from a gameplay perspective,” he explained.

“In order to fully enjoy a horror title, we don’t think it’s good to release too much information beforehand. What’s hidden in the darkness? Who are the enemies? How do I escape? These are questions we would prefer to leave unanswered before the player experiences the game, so that they can uncover things on their own. As a result, we understand some fans have questions about the contents of the game, but we assure you that we’re ready to deliver a Resident Evil horror experience of the utmost quality,” concluded the producer.

In related news, dataminers explored the demo of Resident Evil 7 and discovered that an old acquaintance could be back? On the other hand, Capcom expects its horror title to sell 4 million copies on its launch day.

Resident Evil 7 will hit PlayStation 4, Xbox One and PC on January 24.

The year of 2016 is ending, and from what we can see, it was an excellent year for gaming. However,...