Koei Tecmo has released a new trailer for Dead Or Alive Xtreme 3 dedicated to the character of Hitomi, in which you can see as usual how the player is placed on top of the news. 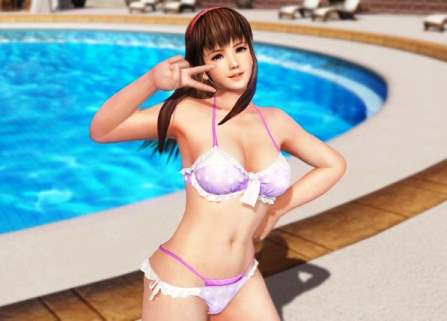 Koei Tecmo continues to promote its Dead or Alive Xtreme 3 game through some sparkling videos focusing on different characters. Thus, after admiring the beautiful and sultry Helena from all angles, it’s time to look at the cute new character in the game, Hitomi. Without elaborating much, the video reveals the curves of the character and exposes several gameplay phases as well.

Volleyball, swing, and other moments of relaxation with numerous activities will entertain the player. In addition, we recently learned that VIP tickets allow access to “special” dances.

The game, which will be launched as Dead Or Alive Xtreme 3: Fortune for Playstation 4 and Dead Or Alive Xtreme 3: Venus for PS Vita, will be available from this February 25, 2016 in the land of the Rising Sun, Japan, and also in collector version. We recall that the nine girls in the title will be Marie Rose, Honoka, Kasumi, Ayane, Kokoro, Nyotengu, Hitomi, Momiji and Helena

For the moment we just have to wish our readers a good overview of the video.

Smite: Battleground of the Gods officially confirmed for PS4

Last weekend the closed beta of Hitman happened on PlayStation 4. The testing phase began on the 12th Feb and...