Dead by Daylight will have performance enhancements on Xbox One X, no plans for Nintendo Switch version

The Lead Designer of Behavior Interactive, Mathieu Cote, has come back to talk about Dead By Daylight. The multiplayer/survival horror title will not only see the arrival of other content but will also support the new console of Microsoft, Xbox One X, with a dedicated update. 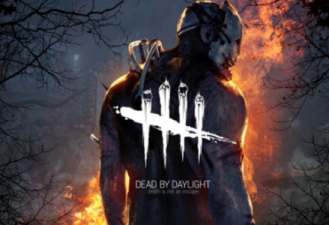 Behavior Interactive is working on supporting Dead by Daylight on Xbox One X to take advantage of the technical improvements of the new console of Microsoft. On the other hand, they discarded that the title will arrive on Nintendo Switch.

Mathieu Cote, head designer of the title, explained that the studio has decided to focus on harnessing the potential of Xbox One X and, at least for now, rule out an adaptation of its game for Nintendo Switch.

Cote believes that adapting the game to Nintendo Switch would pose some important challenges for the studio, due to the “specific controls and technical requirements” of the Nintendo console.

Cote explained that at the moment the studio is working on Dead by Daylight that can take advantage of the additional power of this new console of the Microsoft, the Xbox One X.

For now, no details have been given on what improvements the title will include in this case, but if we take the case of PlayStation 4 Pro as a reference it is assumed that they focus on improving the overall performance of the title to, for example, stabilize the framerate per second and improve resolution.

READ  Sony Confirms PS5 Development, Rumored To be Working on a Tablet Designed for Games and Streaming Multimedia Content
Dead by Daylightvideo gameXboxXbox One X
0 130
Share

Microsoft: Xbox One X is not the answer to PS4 Pro

Middle-earth: Shadow of War is soon going to launch within three days and thanks to a tweet from IGN.com's Dan...