Call of Duty: Infinite Warfare Multiplayer Beta Confirmed for PS4 and Xbox One

In Call of Duty XP 2016, Activision announced that – like past titles – those who purchase Call of Duty: Infinite Warfare in presale will have access to the Beta of the game, but did not share many details about it. Fortunately the situation changed when the dealer announced today the duration of this trial. 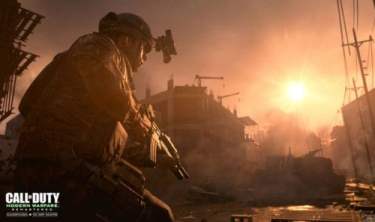 At the moment, that is all the information it was shared the distributor, so we do not know what will be available in the Beta. That said, in the statement Activision made it clear that it will give more details “in the coming weeks.”

As you know, in Call of Duty XP we had the chance to try the multiplayer Infinite Warfare. Also, there we saw on the way zombies, its VR experience and the multiplayer of Modern Wafare Remastered.

In other news, last week Activision released a new breakthrough that shows us a little more about the history of this release. On the other hand, the CEO of Activision ensures that there will always be Call of Duty.

READ  Mosaic coming to PS4, will be available at PlayStation Experience 2016

Call of Duty: Infinite Warfare will come to PlayStation 4, Xbox One and PC on November 4th.

From an insider of Foxconn (the company that should be in charge of the production of Nintendo NX) arrives new...