Bethesda explains why The Elder Scrolls VI is not under development

A few days ago, Pete Hines, vice president of public relations and marketing at Bethesda, revealed in E3 2017 that The Elder Scrolls VI is not in development and with that turned off the rumors that the title was in the event and more so because Bethesda has mentioned that the sixth part of The Elder Scrolls will happen. This time, the Bethesda manager talked to GameSpot about the issue. 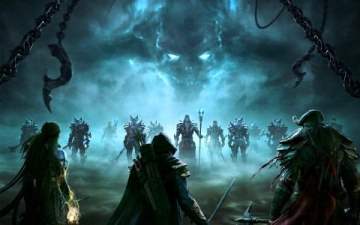 According to Pete Hines, who first mentioned that if The Elder Scrolls VI will happen then it must be done by Todd Howard, director and executive producer of Bethesda, who is now focused on developing projects other than The Elder Scrolls.

The basic idea for making this decision is that after the success of The Elder Scrolls V: Skyrim and Fallout 4, the company wants to let these series rest and demonstrate that it can work on other franchises: “Quite honestly, they didn’t want to be the developer that was just Elder Scrolls, Fallout, Elder Scrolls, Fallout for the rest of their development career. And you’ve got a lot of people in that studio who have been there for a really long time. They wanted to be able to self-determine things they worked on next, whether it was existing stuff whether it was new IP.”

Finally, Pete Hines also stated that Todd Howard and his team have earned the right to decide the project in which they want to focus their work on and although he acknowledges that fans want The Elder Scrolls VI, they are also considering the creative process of their designers and have given them the freedom to do something that fascinates them.

Meanwhile, he invited the followers to be attentive for the upcoming works of Bethesda.

Life is Strange: Before the Storm will last between “6 to 9” hours

Life is Strange: Before the Storm will last between “6 to 9” hours

Life is Strange: Before the Storm will arrive in August of this year, and for the first time we will...